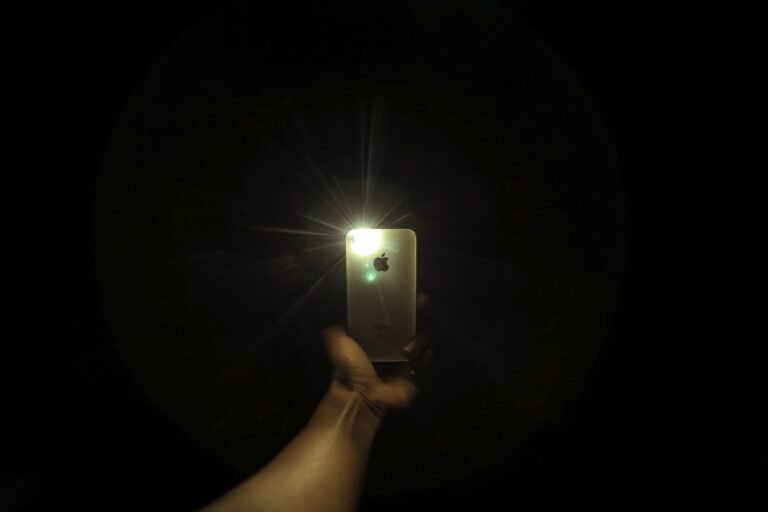 Smartphones are the 21st century’s equivalent of Swiss army knives. iPhones and Android phones can do almost anything you’d want a digital device to do, from playing music and videos to sending emails and browsing the web. Conveniently, they can also be used as flashlights, illuminating your path in the dark. However, because the actions or gestures vary from device to device.

Modern mobile devices are the pinnacle of convenience. They combine a phone, a music player, a video player, an internet browser, a gaming device, and other features into a single device. On iOS and Android, you can even use the flashlight to avoid carrying a separate flashlight.

This article will show you how to turn off the flashlight on Android and iOS devices. It covers both newer and older iPhones, as well as the vast majority of Android smartphones, with the addition of instructions on how to use your BlackBerry 10 phone as a flashlight.

How To Turn Flashlight On & Off On Android and iPhone

For this tutorial, we will refer to turning the torch on and off on your iPhone or Android using the default utility app.

This refers to the use of the phone’s built-in LED flash. Because almost every phone released recently includes this feature, there is no need to download or install any third-party app.

Let us begin with the iPhone. Following that, we’ll look at Android and Blackberry.

How To Turn On Torch / Flashlight on iPhone

For more recent models of iPhone, you can lock your phone to find the torch icon on the bottom left; long press to turn on/off. If that doesn’t work, simply swipe down the line under your battery and network icon and tap on the flashlight icon at the bottom left.

As previously stated, an adjustment was made in iOS 11, but the process remains essentially unchanged.

Follow the steps below to enable Torchlight on your iPhone.

• To access your control center, swipe up from the bottom.

• Depending on your preferences, this may only work on the homepage or within apps.

• Select the flashlight icon from the control center’s options. This icon can also be interpreted as a torch.

To turn on the flashlight on iPhone X

The process is the same on the iPhone X, except you have to launch the control center differently.

• On the iPhone X, swipe down diagonally from the upper right corner of the screen to access the control center. The control panel will be displayed as a result of this.

• Turn on the flashlight by tapping on the torch icon.

When the flashlight is turned on, you can perform all other functions, including locking the phone, without affecting the light.

Turning on the camera, however, automatically turns off the torch.

Turn On / Off Flashlight From The lock screen

Do you know that you don’t have to unlock your iPhone to use the flashlight? Yes, it works even when the iPhone is locked.

Follow these steps if you have an iPhone X.

• To work, raise the iPhone to activate the lock screen. Alternatively, you can use the side button (since there is no home button).

• Tap the flashlight icon on the lock screen.

This will turn on the light automatically.

• To begin, press the home or side button.

• Swipe up from the button to reveal the control panel.

Turn Off Flashlight On iPhone

These steps will guide you through how to turn off the flashlight on your iPhone.

• To access the control panel on most iPhones, swipe up from the bottom.

• Turn on the torch by tapping on it. • In summary, tapping that icon either turns on or off the light.

For the iPhone X

• Swipe down from the screen’s right corner to reveal the control panel.

• Tap the torch icon to disable the light feature.

• put, tapping on the torch icon toggles the flashlight on and off.

Use an App To Turn On The Flashlight on iOS

Although you can use your iPad as a flashlight, it lacks a built-in flashlight feature. You can, however, install an app that allows you to use your camera flash (iPad Pro models only) or screen as a flashlight.

Additional features can be found in the settings, which can be accessed by tapping the gear icon in the screen’s bottom-left corner. When you open the app, the flashlight can automatically turn on. You can also see the altitude in the app and use a compass.

HACK: One of the quickest ways to turn off your flashlight if nothing else works is to turn on your camera. Try it!

How Do I Adjust the Brightness of My iPhone’s Flashlight?

Yes, changing the velocity of light is possible on the iPhone.

Previously, this could only be done on the iPhone 6s and capable, and this was made possible by the introduction of 3D touch.

However, with iOS 11, changing the brightness velocity is possible on any iPhone.

• Swipe up/down (depending on your iPhone) to reveal the control panel.

• Hold down the torch icon.

• Tap on any of the layers to change the flashlight’s brightness.

• To close, tap anywhere on the screen that is not occupied. You’ve got it now. That is, in particular, how to use the feature on an iPhone.

How To Turn ON and OFF Flashlight on Android

It is straightforward to enable the torchlight feature on Android.

The same procedure applies to virtually every Android phone on the market today.

• To access the notification tray, swipe down from the top of the display.

• In some cases, you’d have to swipe down twice to see all of the options.

• To turn OFF, tap on the icon once more.

While this feature is frequently found among the quick options or features on the notification tray, it is not unheard of for you not to find it on your Android phone.

Often, this is because the features there have been tempered with. You’d most likely find it there by default.

• Swipe down once or twice to reveal all quick features and notifications.

• Select Edit from the drop-down menu beneath the Quick Features tab.

• Scroll down in the edit window until you see the flashlight option.

• Tap and hold it, then drag it up to the position you want it in the quick features tab.

• When you’re finished, press the back button. You should then be able to find it among the other options there.

If you still can’t find it, swipe left on the quick features screen to reveal other quick options.

Turn On or Off Flashlight On Blackberry

Follow these steps if you’re using an older BlackBerry phone, such as a BlackBerry 10.

1. Swipe down from the top of the screen on the home screen.

3. Check the box next to the flashlight.

4. Press the Back button to save your changes.

That’s it, and that’s how to activate and deactivate the flashlight on your iPhone, Blackberry, or Android smartphone.