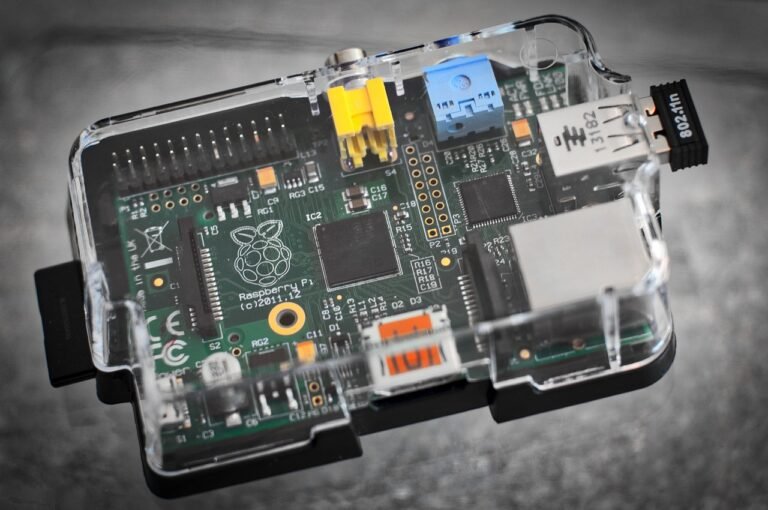 If you’re having issues with your Raspberry Pi, resetting the tiny computer is generally a good idea. We will provide you with tips in this article for more information on the method.

How do I reset my Raspberry Pi?

A Raspberry Pi can be easily reset or “wiped.” You may consider it a “factory reset.” If you’re running NOOBS, you can launch the NOOBS recovery system by holding down the [SHIFT] key while rebooting. This allows you to reset everything to “factory default.”

The Raspberry Pi can be reset by pressing a button or simply turned off. You have two alternatives for doing so.

All recent Raspberry Pi models support a hard reset by pressing a button.

The run headers on the B+ model and the Raspberry Pi 2 serve a similar purpose. The simplest method is to use a reset switch — without using Python! This implies that you don’t need any Python code to reset the Raspberry Pi; instead, you may utilize jumper wires or a simple push button. I propose to utilize a push button; hitting the button now results in a hard reset, i.e., the Raspberry Pi will restart as if you had just unplugged the power cord.

In general, a hard reset is always a last resort. A running system is simply turned off or resumed without warning. There is no ability to close open files, complete saves, or correctly shut down the file system. The Raspberry Pi usually responds to Such resets that are surprisingly durable. It cannot be overlooked that the file system may suffer long-term harm at some point or that a necessary file would be written after the reset and therefore only be available in an incomplete or flawed condition after the restart.

A soft reset occurs when the Raspberry Pi triggers are appropriately shut down by pressing a button. The most straightforward approach to accomplish such a function is to attach a button to a GPIO pin designated as an input. When the computer boots up, you run a script that regularly uses the verified GPIO pin. Run out reboot or halt your script as soon as the button is touched. Soft reset codes can also be rewritten to rest only if the button is held down for several seconds.

The following lines illustrate a straightforward Python script that performs a reboot as soon as the button on GPIO pin 21 is touched. You connect a push-button between the GPIO Pin 21 and GND, and the GPIO pin 21 is pulled to GND when the button is pressed.

Which is preferable, a hard or soft reset? If the Raspberry Pi crashes for any reason (e.g., hardware failure, kernel error), a hard reset is all that is required. Because there are no more apps running on the Raspberry Pi, there is no response to the soft reset button.

However, this is luckily the exception, and if it does occur, you may simply disconnect the power supply. The benefit of a soft reset is that the machine is adequately shut off. So, if you have a Build a presentation system for a customer and a reset button, you can perform a soft reset.

If you have forgotten your Raspberry Pi’s password, you must reset the entire system. You can change your password again in a few simple steps:

1. Keep in mind that you must have physical access to your Raspberry Pi to change the password.

2. Remove the SD card from your Raspberry’s operating system and open the card on your PC using a card reader.

3. You can access the Editor by opening the file “cmdline.txt” in the subdirectory “boot.”

5. Replace the SD card in the Raspberry and boot it with a keyboard and screen.

6. Now type “mount-o remount,rw /” followed by “passwd pi.” When the user “pi” is typed twice, you will be prompted for a new password.

8. Turn off your Raspberry Pi and remove the inserted row in step four.

1. What is the use of the Raspberry Pi?

The Raspberry Pi is a low-cost, credit-card-sized computer system that can be plugged into a computer monitor or TV and operated using a keyboard and mouse. It is a competent tiny device that allows individuals of all ages to experiment with computing and to program in languages such as Scratch and Python.

2. How does the Raspberry Pi function?

What Is the Raspberry Pi and How Does It Work? This is how it works: The Raspberry Pi’s hard drive is an SD card placed into the board’s slot. It is USB powered, and the video output can be connected to a conventional RCA TV set, a more modern monitor, or even a TV via the HDMI port.

3. What is the first thing you should do with a Raspberry Pi?

Ethernet cable and Internet access are required for software upgrades and installation.

4. Is there anything more powerful than a Raspberry Pi?

The UDOO x86 II ULTRA is a one-of-a-kind computer. It combines a powerful x86 maker board with an Arduino 101-compatible platform onto a single board. As a result of this combination, the board is ten times more potent than a Raspberry Pi 3.

5. What exciting things can you do with a Raspberry Pi?

• Use a Raspberry Pi instead of a computer.

• Using Your Raspberry Pi to Print

• Kodi: A Raspberry Pi Media Center for Cutting the Cord

6. Is the Raspberry Pi capable of running Windows?

The Pi 4 can run Windows desktop software, but it takes a lot of effort, and even then, the apps only run poorly. It used to be possible with the ExaGear Desktop program, which is no longer available for purchase.

7. What is the significance of the name “Raspberry Pi”?

The fruit pie, raspberry pie, inspired the name Raspberry Pi. Many companies in the computing neighbourhood where Raspberry Pi was founded utilized fruit names and product names, such as Apple and apricot.