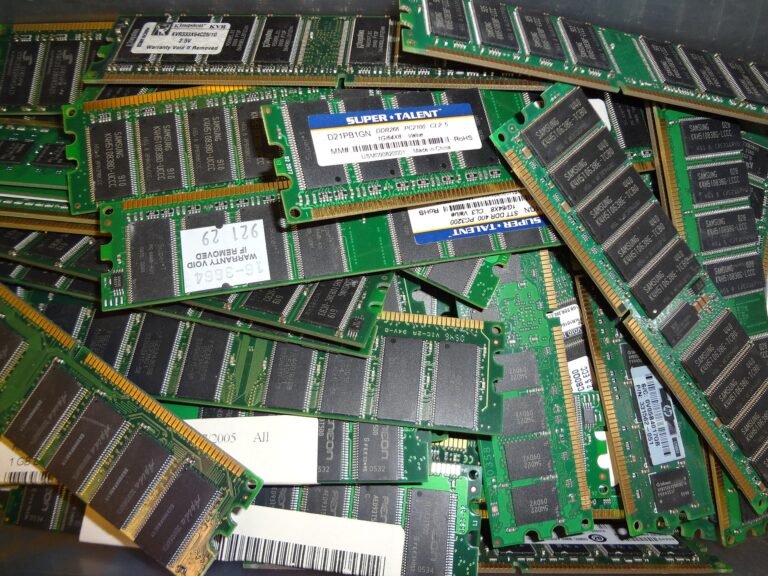 A variety of factors influence your computer’s performance. RAM MHz or speed is one such element. Not all RAM is created equal, and if you work in a data-intensive industry or are a gamer, this speed is critical for you.

What Exactly is RAM?

RAM, or random-access memory, is a critical component in all gadgets, from PCs to cellphones to game consoles. Doing almost anything on any machine would be much, much slower without RAM.

On the other hand, not having enough for the application or game you’re attempting to run can slow things down or prevent them from functioning at all. But what exactly is RAM?

In a word, it’s a high-speed component that temporarily stores all of the information a device requires both now and in the near future. Accessing data in RAM is exceptionally rapid, in contrast to hard drives, which are slower but allow long-term storage.

What is RAM MHz?

When you purchase a RAM you’ll likely see a number followed by MHz (Megahertz). This number represents the speed of the memory you’re looking to purchase.

RAM is simply the short-term memory of a device. It temporarily saves (remembers) everything that is now operating on a device, such as all OS-specific services and any web browser, graphic editor, or game that is being used.

RAM keeps the CPU from having to search through the device’s slower storage — such as a hard drive or rather, a solid-state drive (SSD) — every time you open a new browser tab or load a new opponent to shoot. Storage, no matter how fast it is compared to older drives, is still significantly slower than RAM.

RAM data is readable at almost the same speed as any capable component. There is no actual lag in cabling or connectivity because it is hard-wired to the device.

RAM, on the other hand, does not keep track of everything. It’s a “volatile” technology, which means it forgets everything when it loses power. That makes it ideal for tackling the plethora of high-speed tasks that your device throws at it daily.

However, it is also the reason why storage solutions such as hard drives and SSDs are essential. Unlike RAM, they retain data even when the device is turned off.

The amount and speed with which data can be transferred from memory to the CPU are determined by the speed (RAM MHz), yet, as most components improve, a high-end memory stick is no longer required for everyday computing. If your computer system is only used for gaming, RAM MHz doesn’t matter because it makes much difference. 2133/2400/2666 MHz is generally sufficient to enjoy many of the games available. Even for people who use the CPU frequently, there will be little to no boost in speed. However, if you use your computer for multitasking, that is, accomplishing multiple activities simultaneously, that also impacts the CPU.

Like “memory,” RAM is a bit of a catch-all phrase that includes a few different sorts.

DDR4 RAM is the most prevalent type of RAM marketed today, while older systems may use DDR3 or DDR2. RAM’s generation is denoted by the numerals, with each succeeding generation enabling quicker speeds through more bandwidth — a higher megahertz (MHz) rating. Because each generation has physical differences, they are not interchangeable.

VRAM is another prevalent name, particularly in the video game industry (video RAM). VRAM, which was previously a standalone piece of technology, is now used to designate specialized memory on the graphics card.

For consoles, it can also be referred to as system memory, but in either case, it is RAM dedicated solely to the GPU. Ram is essential in graphics DDR, or GDDR, commonly denoted by a generational designation, such as GDDR6.

How to Test the RAM MHz in Windows 10

You may determine your RAM speed, type, or frequency using any of the methods listed below:

Continue reading to understand more about these steps:

If you haven’t yet installed the RAM and want to know the speed, the applied sticker is the best place to look. Every manufacturer places a tag on the RAM to ensure that purchasers acquire the correct RAM. Although it does not apply to all RAMs on the market, the sticker says something like this:

The number 8GB indicates that the memory is 8GB. DDR4 is an abbreviation for Double Data Rate, and it refers to a type or version of RAM.

2] Make use of Task Manager

Task Manager is the best way to find out how much RAM you have, what type of RAM you have (DDR2, DDR3, DDR4, and so on), and the frequency or Speed of RAM. On Windows 10, you can get the information by using the Task Manager. To begin, do the following:

• Navigate to the Performance tab.

2400 MHz, 3200 MHz, and other frequencies are available here. It refers to the speed of your present RAM installation.

3] Make use of Command Prompt

In Windows 11/10, you may extract the same information using a single command. However, it merely shows the RAM speed and nothing more. To find out, perform the following steps:

Look under speed for further information.

It refers to the speed of your RAM.