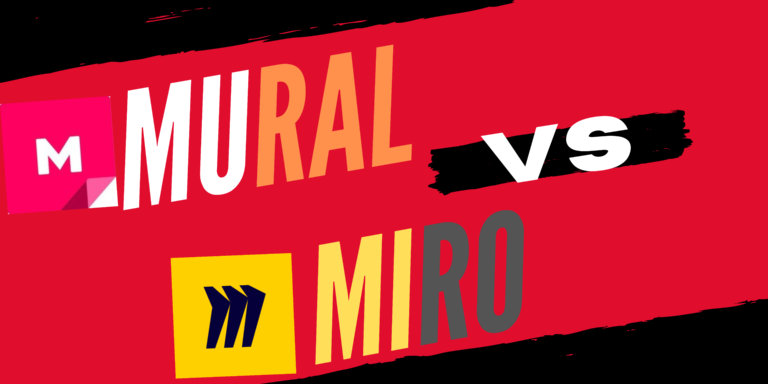 After the global shutdowns caused by COVID-19, other related challenges, and the introduction of remote working, we’ve learned a lot about the collaboration required to enable workforces to execute at peak levels from anywhere.

We’ve all had to try new ways to stay in touch–but the good news is that we’re all collaborators at heart, and that hasn’t changed since we left the office.

Clients hire agencies to solve challenges creatively, and workshops play an essential role in approaching projects and creating relationships with those clients. These workshops rely primarily on in-person engagement with clients to cooperate and acquire insights to address their needs effectively.

Visualizing concepts, tactics, and long-term goals are essential for laying the groundwork for a successful project. While in-person classes have been suspended, the magic that workshops create has not been lost.

Finding a platform that displays visual aspects of our workshops, such as the trusty whiteboard and sticky notes, has been one of the most difficult challenges in this move. This is where MURAL and Miro can be found. We put them to the test since they are both practical tools for doing so.

In this article, we’ll compare MURAL with Miro so you can determine which is best for you, and we’ll be doing this in areas related to the following:

You write on digital sticky notes in both Miro and MURAL. You may organize them into groups, vote on the best ones, and do it all while a timer counts down. Both of these tools are good for group exercises:

Mural makes reorganizing a group’s sticky notes into a neatly ordered grid a little easier. This is possible with Miro, but you must first add them to a frame.

Mural also features a ‘frameworks’ option that allows you to add template backgrounds for workshop exercises such as grids, quadrants, bullseye diagrams, as well as retro or ‘Business Model Canvas’ templates.

Miro offers the same feature and essentially the same templates, but the implementation is a little smoother. Whereas the Mural templates appear to be ‘user submitted,’ the Miro templates have a little more polish.

Miro contains cards and sticky notes, which are more adaptable and suitable for agile workshops and user journey mapping.

You can make your templates in both apps.

After collaborating on a template, both Miro and MURAL include export capabilities that allow users to download whole or partial boards.

While the templates in both programs make workshop planning easier, MURAL’s templates are more straightforward, making them more suitable for sessions with groups unfamiliar with digital whiteboard platforms.

MURAL also has a “private mode” where a template is visible to the facilitator to help with planning and implementation. Miro’s templates include helper text and facilitator advice, making them more robust and more complex.

However, Miro has a significant advantage in this situation because the facilitator can set the initial view on a template or board. This new feature on MURAL enables simpler onboarding experiences by preventing participants from feeling disoriented when they start a workshop.

Bottom line: if you want simplicity and quickness, use MURAL; use Miro if you want help creating robust workshops.

In addition to being a collaboration tool, both programs may present in the same way that Powerpoint or Keynote does.

In Miro, you construct frames, and in Mural Outlines, you create slides (Option + click on the object you want to be a slide, then select ‘Add to Outline’ [Mural] or ‘Create Frame’ [Miro]). When you’re in presentation mode, you can move between slides using the left and right keyboard arrows.

Miro includes more appealing animations that zoom in and out based on the size of your frames.

Miro has a Screenshare mode to be sure that everyone is looking at the correct location on the board – participants must actively click the ‘Join’ prompt to opt-in.

We typically utilize Zoom for conferencing and screen sharing in conjunction with Miro or Mural.

However, some users find going back and forth between the facilitator’s Zoom screen sharing and the whiteboard in their browser perplexing (mainly when the screen share is of the same program! ); thus, the ‘Screenshare’ and ‘Summon’ capabilities are helpful.

Miro also features a video chat capability, which is great when two people work jointly aboard. However, in a workshop setting, we continue to use Zoom. According to what I’ve read, Miro’s video chat can’t manage many concurrent users.

Miro has a good, sharp, and clean user interface. The icons are clear, the font is well-handled, the layout is simple, and the modest and smooth animations.

Mural’s UI takes some getting used to. It’s odd and has a throwback vibe to it. It can be clumsy at times, such as burying the text tool beneath the ‘Sticky notes’ icon?!

Miro includes a second toolbar at the bottom left that is apparently (but not entirely) for facilitators. In contrast, the mural places the facilitator tools at the top of the page next to the page title and controls, which is more intuitive.

The icons and text on the mural have deficient contrast levels, resulting in a grey-on-grey effect. I haven’t evaluated the accessibility of these apps, but mural fails at the first step.

Mural’s board ‘navigator’ (for fast navigating about the board) appears to be more effective than Miro’s. It’s entirely too easy to zoom out in Miro to the point that you can’t see your frames in the navigator.

Both feature a wide range of keyboard shortcuts.

Miro triumphs in the Help category. Both have their help sites, but Miro has more support in the app, including several mini-videos explaining how to accomplish things.

Anonymous editing in Miro is still in Beta, and it doesn’t fully lock things down as tightly as you’d like. It, for example, permits anonymous users to unlock and edit locked items. You can utilize ‘Super Lock’ in the mural to identify elements that Facilitator Superpowers users can only unlock. It’s a valuable feature.

Mural’s ‘Summon’ feature comes into its own when dealing with large groups.

Mural also includes a ‘follow’ option, which allows you to request that users follow your screen rather than the more dictatorial ‘summon’ feature.

Both allow the user to hide other users’ cursors (which can irritate and obscure portions of the board if many people do the same thing). However, it would be more convenient if the facilitator could do this for everyone.

Both feature a convenient view in which the facilitator may click on another person’s avatar and see what they are doing, just like in a workshop.

These are both impressive web apps with a lot of features. As a result, both may be overly demanding for older, underpowered machines.

However, while we haven’t examined this in-depth, stability doesn’t appear to be a significant issue for most users. Although there were some challenges when we had 76 people collaborating on a Miro board. See Miro and Mural’s advice for more information.

Mural doesn’t operate well in Safari, and for example, the ‘option+click’ context menu is broken. There are no such issues in Firefox or Chrome.

Mural vs Miro Pricing and Value

Both of these programs have free versions, but they get pricey if you use them frequently, significantly if you acquire licenses for many users.

You can get the users to participate anonymously if you want to keep costs low. In seminars, this is not ideal because the facilitator wants to know who is doing what.

In the mural, you can avoid this by purchasing more expensive licenses – $20 per month for your team – and allowing registered guests (from another domain) to participate for free. The cost is slightly lower, and day permits are $3.

The most significant distinction between Miro and MURAL is the number of integrations each app offers. Both systems feature apps that can be integrated into your workflow, but Miro has a considerably broader list of third-party interfaces.

Miro’s iFrame tool and webpage capture, for example, are beneficial. The user can upload YouTube videos or Keynote presentations straight to the collaborative board using the iFrame features.

The webpage capture feature lets users instantly import entire web pages onto the board by simply entering the URL when prompted. Miro also offers an open API, which means developers may create apps that integrate with it.

While MURAL’s integration capabilities are limited, the changes they’ve launched in the last year have put them on track to catch up soon. Furthermore, the website solicits opinions on possible capabilities and apps.